After the recent bomb attacks near Afghanistan’s capital city of Kabul, we feel deeply sad and have no words. Today, despite this horrific event, The Skateroom wants to focus on some good news with Skateistan, our partner on the ground. They have been active for years in the region supporting kids education and particularly girls.

The Skateroom is glad to announce the opening of a complete, state of the art Skatepark at Skateistan’s newest Skate School in Bamyan, Afghanistan. This is the third project Skateistan has realized in the region.

Thanks to successful artist collaborations with American artist Raymond Pettibon, David Zwirner Gallery, the MoMA Design Store, Japanese artist Yoshitomo Nara and the LACMA store, The Skateroom was able to support the project with $50,000.

With every new skate school coming to life, our goals to support Skateistan remain unchanged:

The new Skate School will fully open this summer and soon welcome 800 children who will be able to take part in Skateistan programs on a weekly basis.

If Skateistan already operates in Cambodia and South Africa, Afghanistan and the region of Bamyan, home to the Hazara people, remains a priority for Oliver Percovich, Skateistan’s Founder and Executive Director. Around 40% of Afghanistan’s children who are old enough to be schooled never make it there, and the country remains unsafe for many children, especially girls.

Contributing to the creation of positive and empowered role models, The Skateroom sticks to its key mission of fostering change, which has a long-lasting effect.

Supporting artworks for this project Alone in the wind 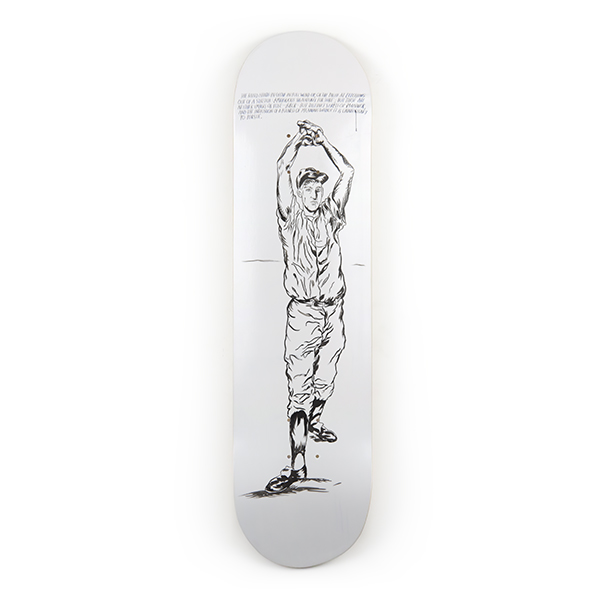